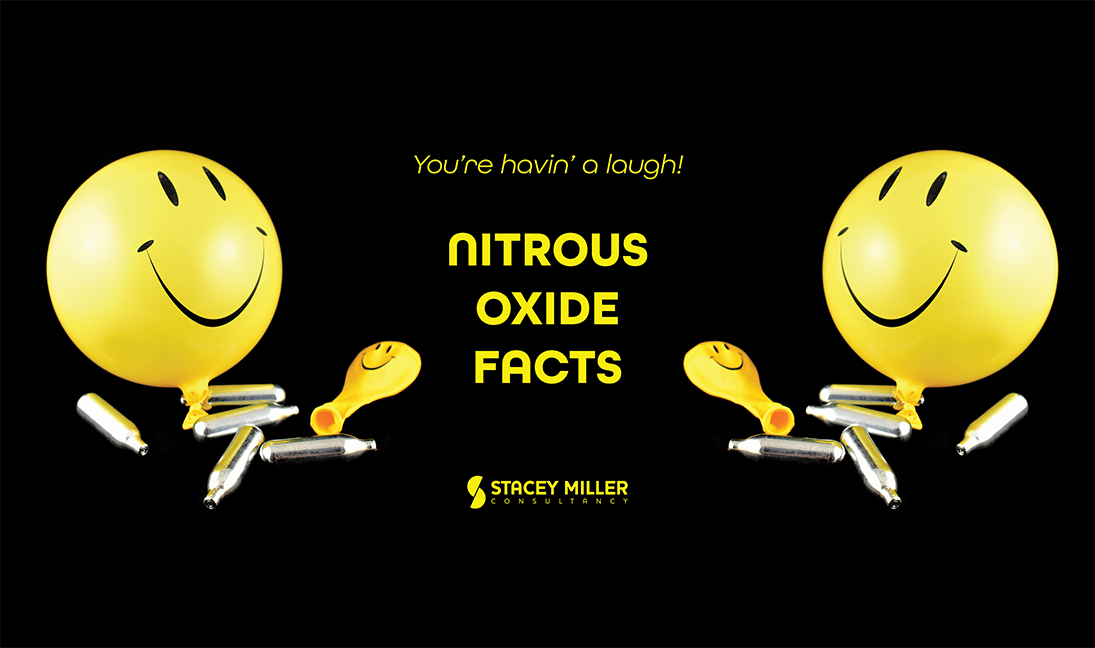 What is it?
N₂O is a colourless gas usually found in small metal canisters; you may have seen them lying around and wondered what they were! It is usually transferred from the canister to a balloon from which it is inhaled.

The law on Nitrious Oxide:
Nitrous Oxide is a psychoactive drug covered by the 2016 Psychoactive substances act – this means it’s illegal to give it away or sell it for the purpose of inhaling it.

If you are caught driving whilst under the influence you may receive a heavy fine, driving ban or prison sentence.

The effects of Nitrous Oxide.

What are the effects?
Nitrous Oxide slows down your brain and motor responses. The effects are varied dependent on how much has been inhaled.

How long to the effects last?
Nitrous oxide is often taken in combination with other drugs, however it is a short acting drug which can lead to people to frequently re-dose and end up using more than they intended.

Nitrous Oxide can have the following effects:

Hallucinations and distorted sounds – Seeing and hearing things that aren’t there.

What are the side effects of Nitrous Oxide?

Short-lived but intense feelings of paranoia

Prolonged, heavy use can lead to a deficiency of vitamin B12 which can lead to nerve damage and anaemia.

What are the risks associated with taking laughing gas?

Inhaling directly from the canister and enclosed spaces can cause your throat to close, due to the high pressure.

Dizziness can leave to acting carelessly, putting yourself at risk of accidents or falls.

Regular, heavy use can leave to B12 deficiencies and anaemia.

While I don’t condone taking drugs, there are ways to reduce harm while partaking.

How to reduce harm:

It can be hard to judge the amount to safely consume, so err on the side of caution to avoid fainting, having an accident or suffocating.

Avoid taking any psychoactive substances in places that re dangerous, such as near open bodies of water, or places where falls could happen.

Avoid mixing it with other drugs and alcohol. The more different risks you bring into a situation the more likely it is something untoward could happen.

Have people with you that you trust.

HOWEVER, if they are pressuring you into taking or drinking anything you are unsure of you cannot trust them. It should be YOUR choice. after you’ve weighed up your choices and made the decision for yourself. #nopressure

18th-25th May 2020 is Mental Health Awareness Week, with a particular focus on Kindness. With…

Anxiety and your mental health.⁠

⁠What is anxiety?⁠⁠ Anxiety is one of the one most common mental health problems along…

My top tips for safer drinking during lockdown! I think most people can admit their… 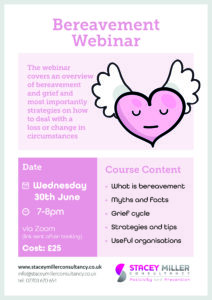 The webinar covers an overview of bereavement and grief and most importantly strategies on how to deal with a loss or change in circumstances.

Secure your spot by clicking the PayPal button below, today! 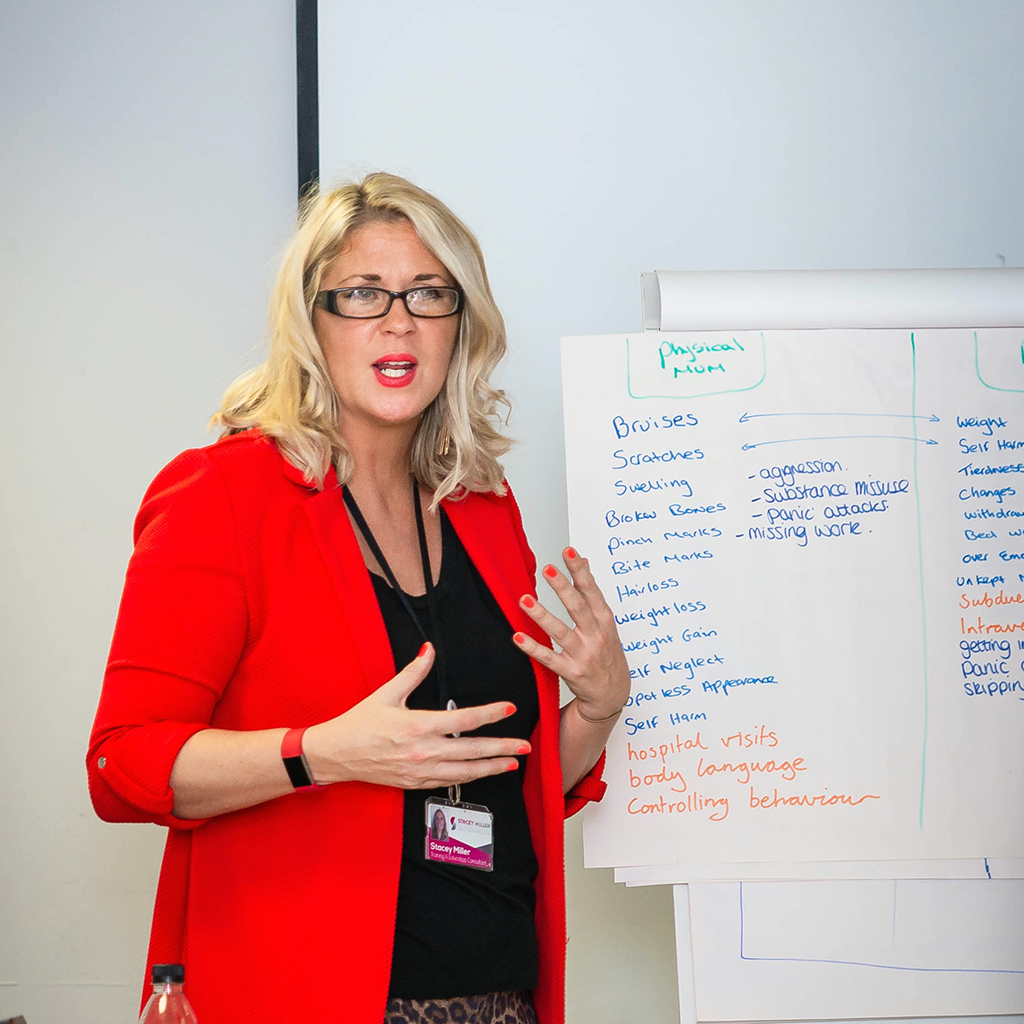 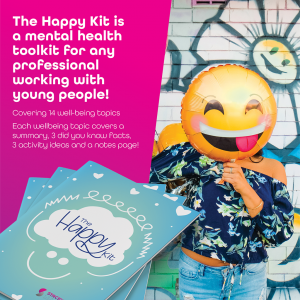